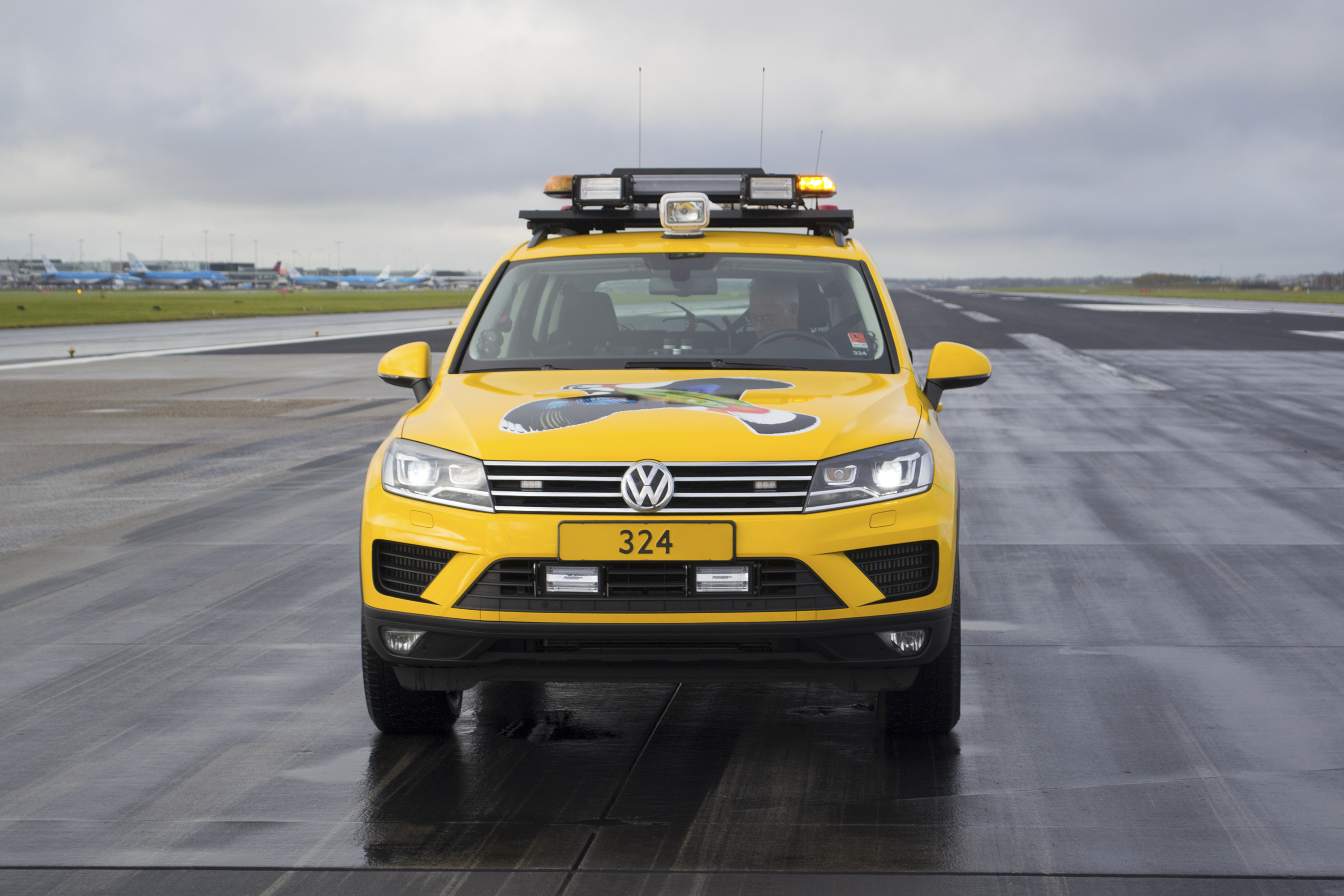 If you look outside from your seat in the aircraft, you might just see them tearing past: the bright yellow cars with speakers mounted on the roof and a bird painted on the bonnet. Those are our Kieviten! The word is Dutch for ‘lapwing’. We can imagine what you’re thinking now: lapwing, isn’t that a type of bird? That's right. But at Schiphol, the Bird Control staff goes by the same name. They work day and night to repel birds, so that our feathered visitors don’t end up in the engines of aircraft.

So how did they come to be called Lapwings?

The Bird Control department was established in the mid-1970s. Their first task was to relocate the lapwing population to somewhere safer than the runway areas. The initial measure, which was to keep the grass at a height the birds didn't like, immediately proved quite effective. Border collies then made sure the last holdout flocks moved on as well. Although lapwings are much less common at Schiphol these days, the nickname for our ‘living scarecrows’ seems to have stuck.

Bird Controllers are extremely important to Schiphol, as birds can pose a threat to flight safety. In cases involving what is known as ‘bird strike’, the aircraft must return to the ground and undergo a thorough inspection. This obviously leads to delays, and when large birds – like a seagull or a goose – are involved, it may even be necessary to disassemble the engine. You can see why we’d rather prevent such incidents – and that’s where our Lapwings come in!

Bird Controllers at Schiphol have their own unique methods for detecting and repelling birds. For example, they use a radar to alert them to any birds that fly within a radius of ten kilometres. Then, when they reach the birds, our colleagues fire a signal gun, flash a green laser or play recordings of bird calls. Did you know we can play distress calls from an impressive 42 species of birds? This startles the real birds and helps us keep them away from air traffic.

Schiphol employs eighteen Bird Controllers. Working in teams of two to three Lapwings, they patrol the 16 square kilometres of our airport grounds 24 hours a day, 365 days a year. No effort is spared to ensure safe flights from Schiphol.