Esther Blaffert: 'We’re adapting our collection to reflect what is going on in the world right now.' 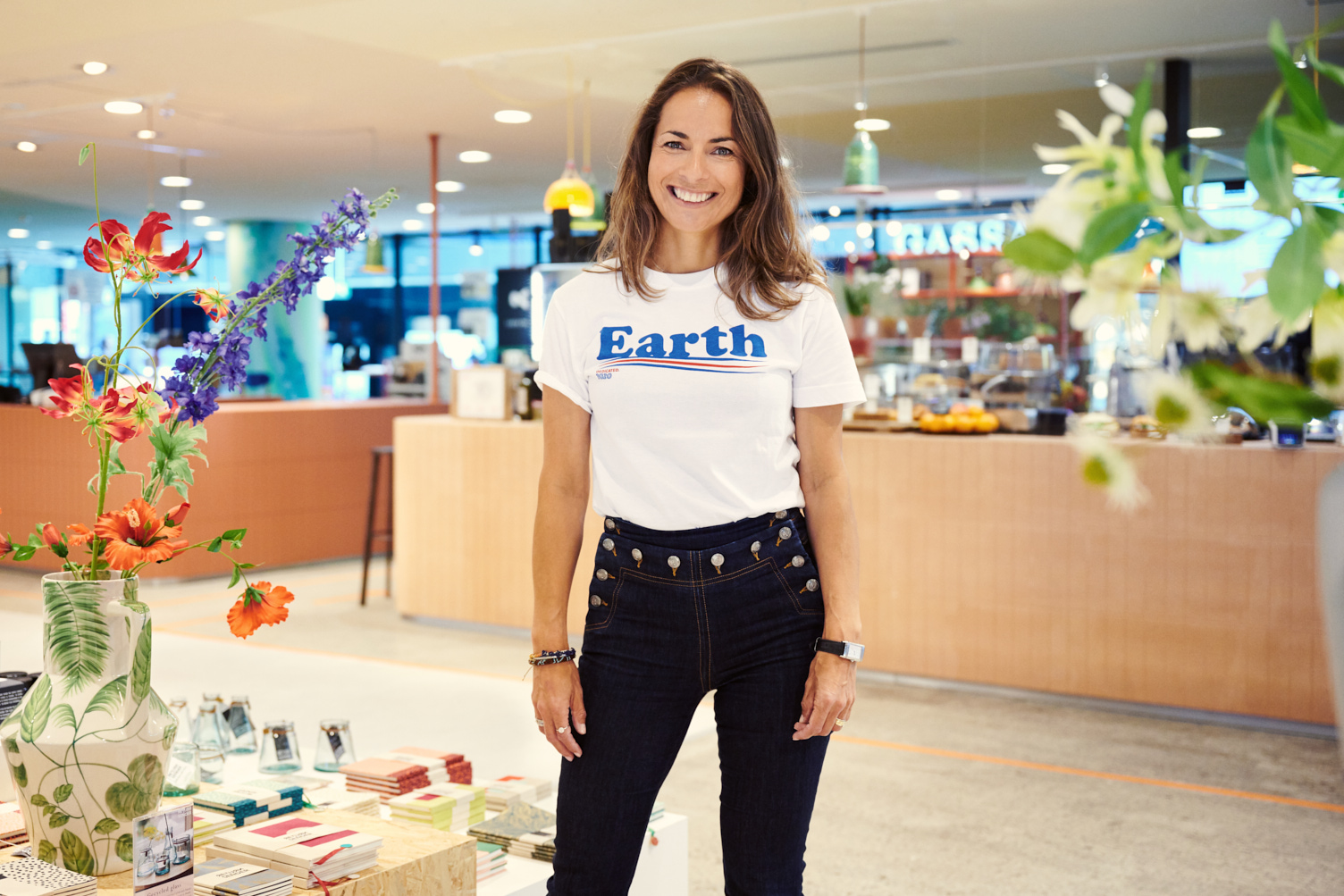 At UP TO DO GOOD, things were looking promising. This concept store first opened its doors at Schiphol Plaza on 2 March, offering environmentally friendly designer accessories and fashion from ‘green’ labels. ‘Sales were good, and passengers and colleagues at Schiphol were enthusiastic about what we were doing. We were following the news about coronavirus, of course, but to start with people weren’t too concerned. And then suddenly it was here and after two weeks we had to close the store,’ says Esther Blaffert, who started UP TO DO GOOD together with Paulien de Vries.

Esther and her team had been working flat-out for months to open the store, and then all their plans fell apart overnight. ‘It’s such a terrible pity. I had been really concerned about how the pandemic was spreading around the globe,’ says Esther. Health has to come first, and the right decisions were made.’ But UP TO DO GOOD didn’t stand still, and was quick to bounce back. ‘We carried on training our team. We had Zoom meetings to work on improving their product knowledge.’ One disappointment was that they weren’t able to benefit from the government support programme, because UP TO DO GOOD was still a new business.

After being closed for more than two months, the store reopened on 11 May, with shortened opening hours. ‘We have a thorough hygiene protocol in place, but we wanted to do that in a sustainable way, too. So we built two sanitisation tables made of recycled paper, where our customers can use hand sanitiser and take gloves. We’re also adapting our collection to reflect what is going on in the world right now. So we use sustainable disinfectants and face masks.’

And there have been other changes in their collection since the store reopened. ‘We had some vases in the store made by Return to Sender. They were just for decoration. They’re quite large and fragile and we thought we’d never sell them at Schiphol Plaza. But everyone wanted them. So now we’re going to add the vases to our collection.’

Esther is optimistic about the future. People are still travelling, although maybe not as often for the time being, she thinks. ‘We truly believe in this sustainable concept, which is perfectly in tune with the times we live in. We sell beautiful products which are not only nice to for people to enjoy, but are also better for people, animals, society and the environment. So we’re doing our bit for a better world.’