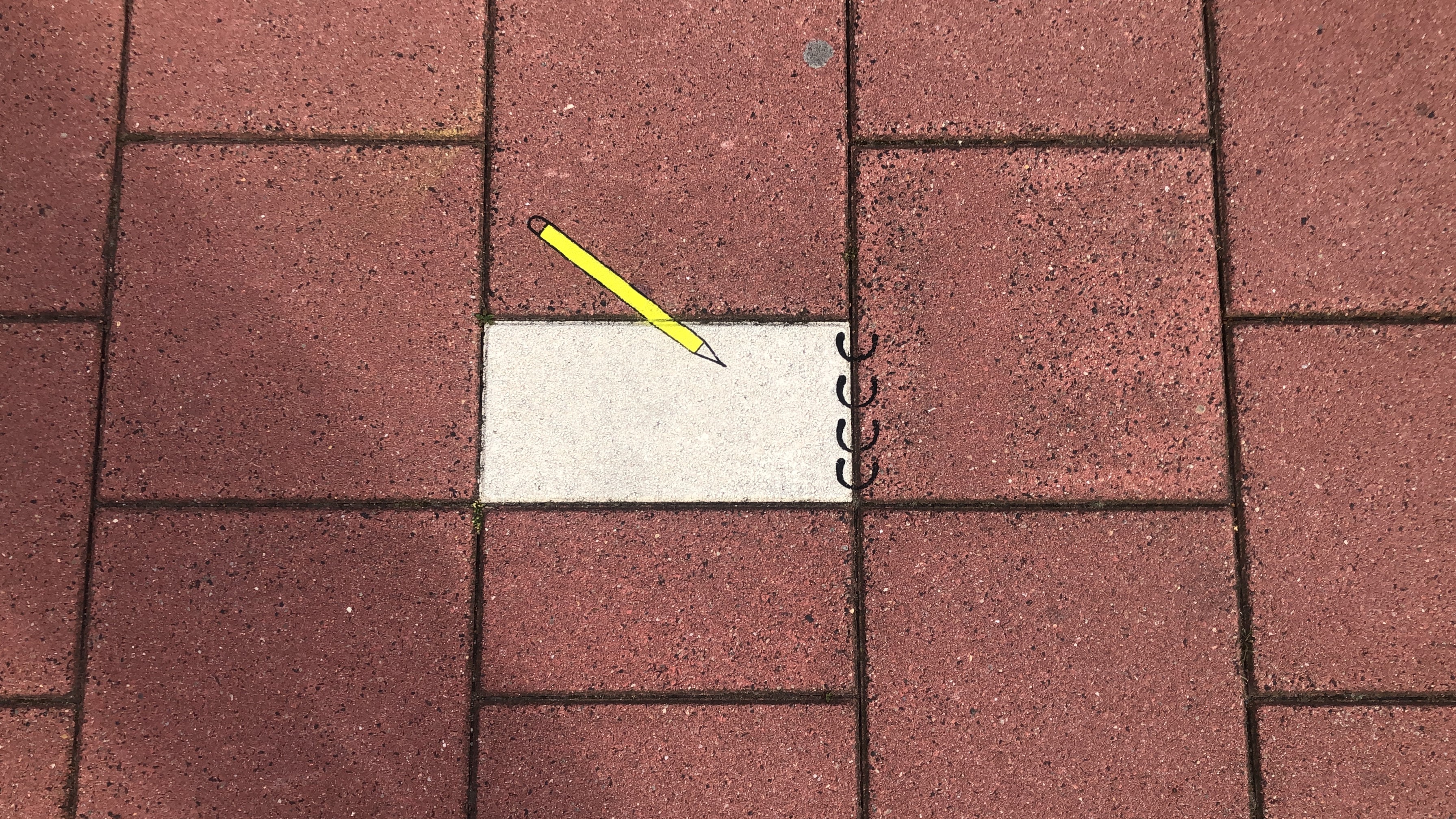 On 28 September, two restoration specialists from the Street Art Museum Amsterdam (SAMA) applied their expertise to a number of artworks by the artist Sandrine Boulet, originally placed in 2017. The pieces were due for their first round of maintenance, which happened to coincide with the preparations for a new street art audio tour currently being developed. In this interview, one of the restorers tells us more about the project.

Who are you and where are you from?

I’m Lívia Vereščáková and I’m from Sečovce, a small town in Slovakia. I previously studied art restoration and conservation, and I’m currently pursuing a fine arts degree to develop my own style as an artist. During the pandemic, I was given the opportunity to do a two-month Erasmus+ traineeship at SAMA, to experience what it’s like to be an independent artist and to learn more about how independent museums like SAMA operate. My dream destination was Amsterdam, because of its rich cultural history and artistic freedom.

What brings you to Schiphol?

I’m here to restore four artworks by Sandrine Boulet. They were originally placed in 2017, and this is the first time SAMA has restored the pieces. What’s interesting about Sandrine Boulet is that she’s not a classic ‘street artist’ – even though she’s often pigeonholed in that genre by the media. A lot of her work is made digitally, based on photos of cracks in the pavement or weeds on site, which she incorporates into her pieces using Photoshop.

When Sandrine came to Schiphol in 2017, SAMA’s expertise when it comes to working outdoors and experience with various techniques was useful to her when creating the originals. And because we worked so closely together during the inception of this project, we know how the pieces were created. The fact that the artworks are relatively simple also makes them easier to restore – unlike pieces by Orticanoodles or Btoy, for instance, which are more complex and can only be restored by the original artists. And lucky for us, Sandrine liked our work.

How is restoring street art different from restoring a traditional painting?

When I compare these street art pieces at Schiphol with the classical baroque paintings that I restored a few years ago, there’s a big difference in terms of technique and the level of difficulty involved. When you’re restoring rare classical paintings, you have to do an analysis of the whole piece to find out which techniques and materials the artist used. In that sense, the pieces here are much more straightforward. Because they’re so free-spirited and funny, I wasn’t so scared to touch them. Even though I hadn’t really worked on street art before, I think I got the hang of it fairly quickly, thanks to the disciplined approach I learned in school. Obviously, there’s also highly realistic street art, which would be much more difficult to restore.

Can street art truly be restored? And if so, who’s the right person for the job?

The ‘official’ answer is no. Graffiti and post-graffiti artists tend to be reluctant when it comes to restoration. They’d much rather add something new or create something from scratch, but meanwhile the people who initially commissioned the artwork – a corporate client or a neighbourhood, for example – may have fallen in love with the piece in its original form. That can be difficult sometimes.

It’s also important to note that street art is organic – especially in comparison with traditional canvas paintings in museums. You can touch it, feel it and smell it, and the weathering process is part of its organic lifecycle. After a while, a piece of street art looks like an old, wrinkled granny. And if it doesn’t fade away, it gets painted over, ‘moved’ or cleaned. On the flipside, street art is also cheap to produce, unlike neo-muralism or more traditional works of art in public spaces, which can be waxed or protected using expensive techniques.

Did you get any comments from passersby?

A few people stopped for a chat during the day, and they were all very nice and complimentary. Some of them were also curious, wanting to know what we were doing. When I explained that we were restoring pre-existing artworks, one of them said, ‘That’s great, I remember reading an article about these pieces before.’

When it got dark, we had a couple of visits from the police and airport security, and we had to show the permission letter. When they realised we weren’t vandals, the police complimented us on the artworks.

What makes this project special?

We are very grateful for this opportunity, because SAMA’s very first collection manager is starting this November. Part of her job will be to document all of these processes and how they are applied to street art. We’re also working on the development of a street art audio tour in two languages – Dutch and English – which will be made available for free to SPOT community members, allowing everyone to explore the Schiphol collection by themselves and at their own pace.