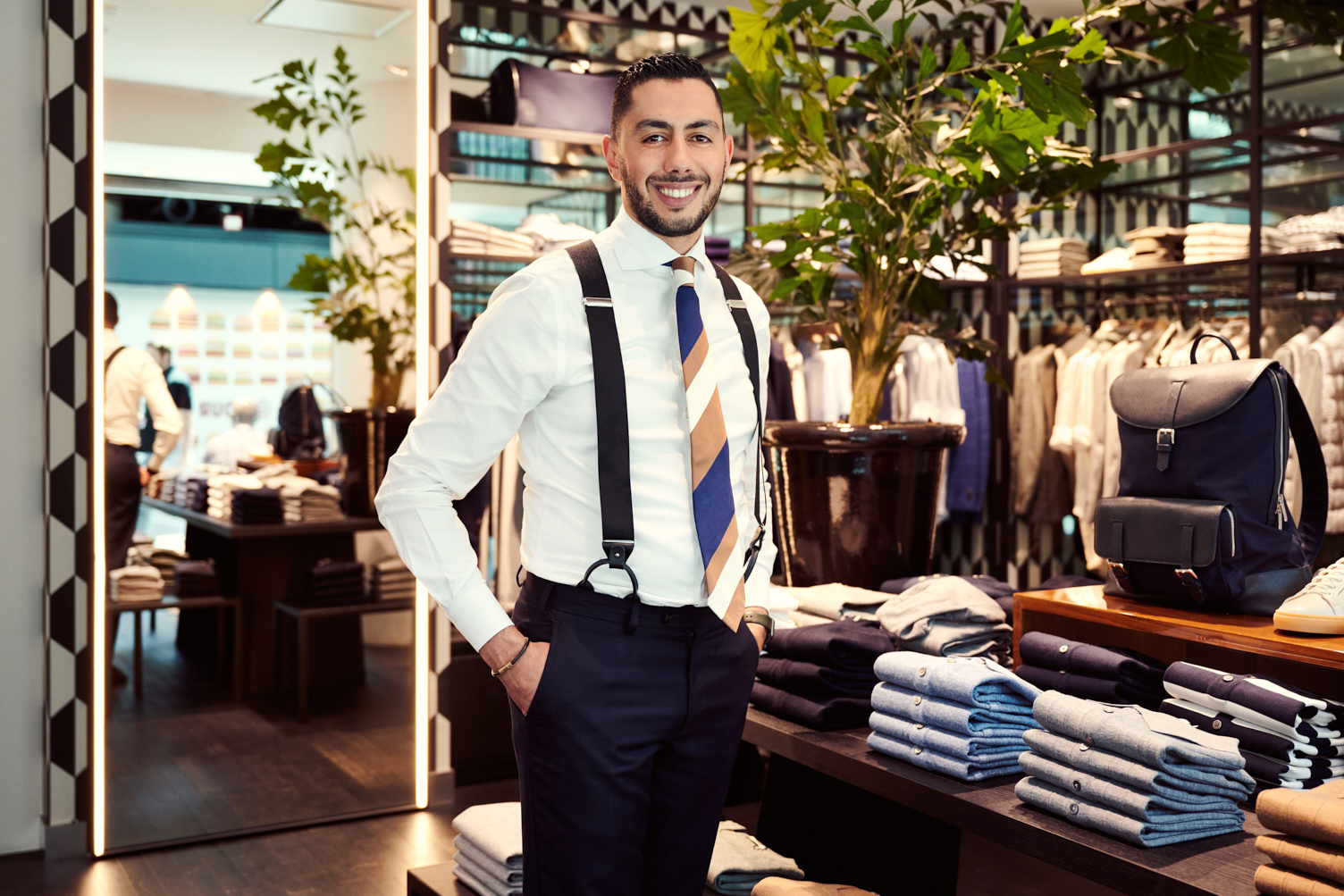 Shady Abdelatty, who has been store manager at Suitsupply Schiphol for the past eighteen months, had to close his shop on 18 March. ‘Ninety percent of our customers at Schiphol are travellers. When coronavirus arrived in the Netherlands, we noticed that most travellers just wanted to get back to their country of origin as quickly as possible. Most of them didn’t have time to have themselves measured for a suit, which usually takes about half an hour. And we wanted to put safety first, and not give coronavirus the chance to spread. So we notified our staff and spoke to the airport and the shops next-door, like Leon and Fleurtiek, who also decided to close their doors.’

That meant that the shop’s five employees were stuck at home. But they had plenty to do, because Suitsupply joined an online platform where you can brush up your product knowledge in a gaming environment. ‘All our employees could take quizzes and answer questions every day. About where our linen comes from or the quality of our Australian wool, for example. And at the end of the week, we all got together in a video call to discuss all the answers. I made a Powerpoint presentation, so that everyone could see what a flax plant – which is what linen is made from – looks like.’ Shady also wanted to keep in touch with his staff personally. ‘I called everyone individually, every week, to see how they were doing. I wanted to keep their spirits up.’

Suitsupply reopened in the second week of April. ‘Our stores in Asia were reporting a positive trend in sales. And there was also a huge increase in interest on our website. So we decided to reopen, as one of the first retailers in the Netherlands. On the website customers could make an appointment to visit the store. We have installed plexiglass screens, with special openings that your hands can pass through, so that there is minimal contact between the customer and the staff member. That means that customers can have their measurements taken safely.’

Shady has learned so much from the last few months: you should always expect the unexpected. ‘Fortunately things are looking up again now, and we have customers in the store every day. And I’ve had even better news: Suitsupply offered me a permanent employment contract during this period. I got the news on my birthday, so I was really pleased about that.’