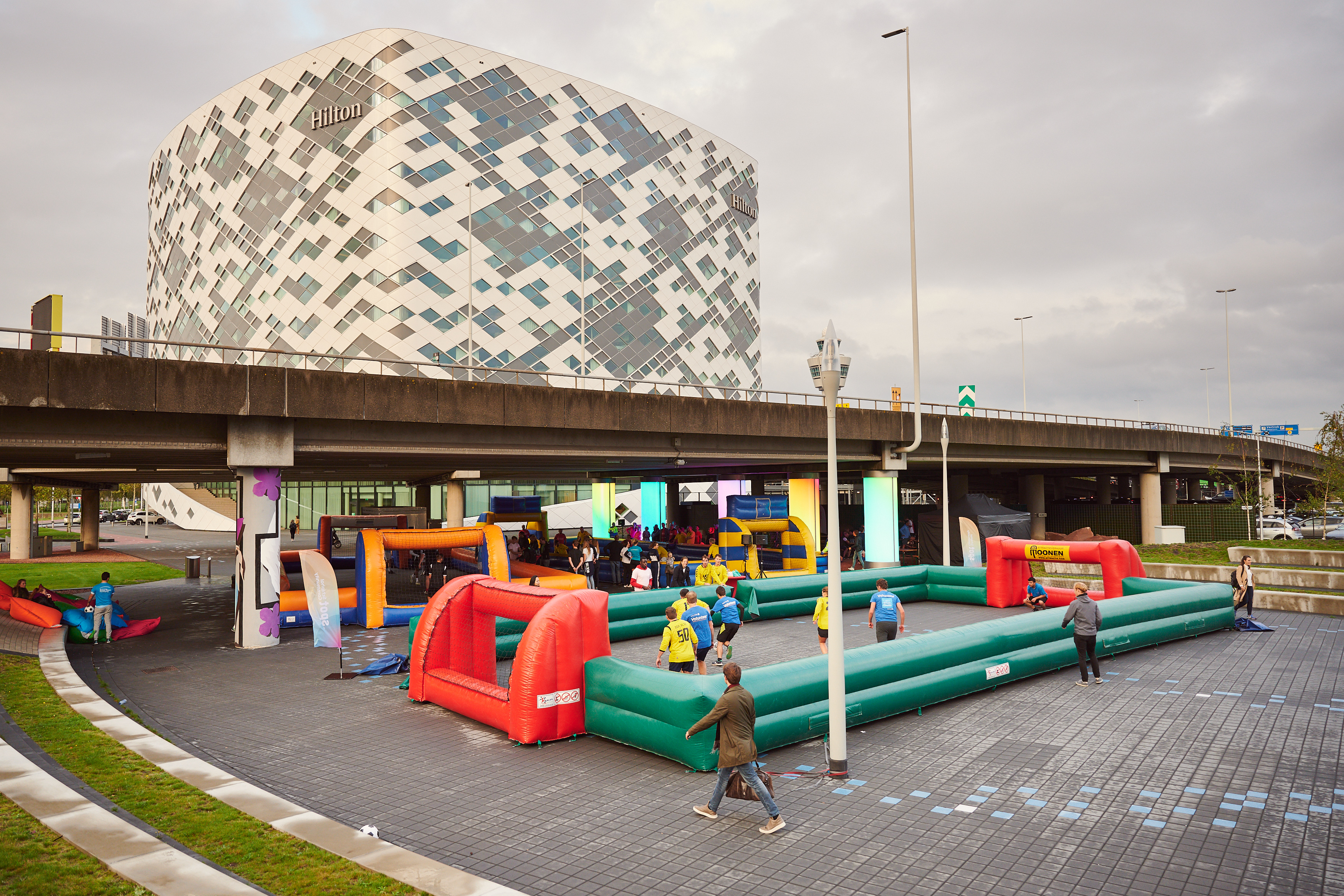 Warming up with Andy

Former soccer player Andy van der Meijde provided players with a warm-up, preparing them for the tournament. Andy was also present during the group phase to encourage the teams and to chat with the participants. Of course, a selfie moment was also part of the afternoon.

After the group phase, four teams went through to the semi-final. These were FC Bal op het Dak (Schiphol Group), KLM Cargo, Clean but Mean (Klüh Service Management) and ABN AMRO. ABN AMRO emerged as the victors, bringing home a trophy and a voucher for a VIP treatment at Hilton’s GINius Afterwork after defeating Schiphol Group in the finals.