A calm and cosy atmosphere at nursery school CompaNanny 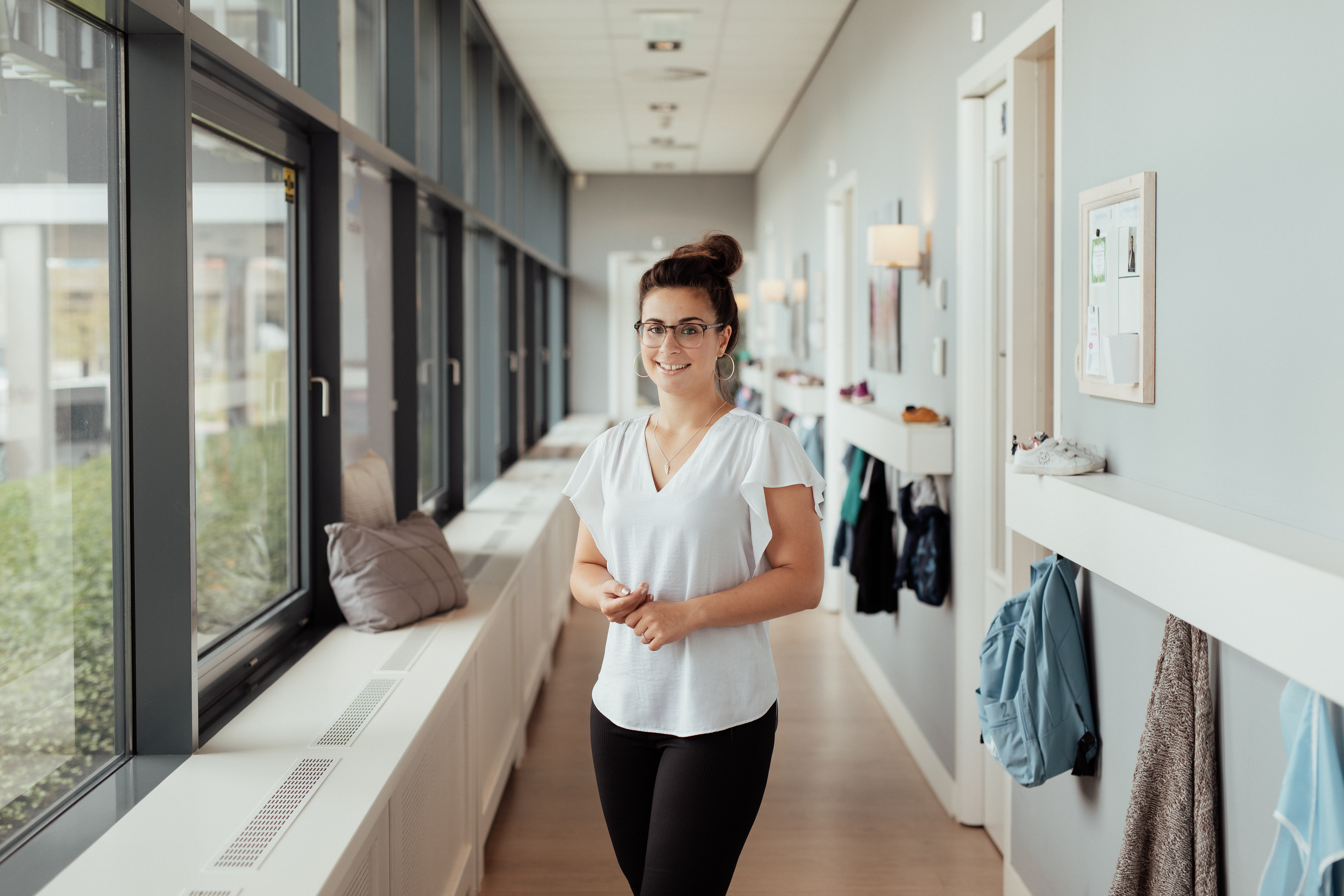 A slide, a playhouse and a sandpit: these are not the first things that come to mind when you imagine the courtyard of an office building at Schiphol-Centre. But this is the homely view that greets you when you walk the corridors of tower A at The Base and look into the garden.

‘Parents are often amazed,’ says Deborah Garcia Loureiro, branch manager at nursery school CompaNanny. ‘The abundant greenery, the size of the garden and the peace and homeliness conveyed by the nursery on the inside as well as the outside is what has led many colleagues at Schiphol to decide to place their children with us,’ she explains. According to Deborah, ‘Parents like to have a cup of coffee when they’ve just dropped off their children or are picking them up again. For many of them, this is an oasis of quiet in their hectic lives, literally in between work and private life.’

CompaNanny’s mission and method are the same across its 23 locations in the Netherlands. The child’s development is at the core. The Nannies let children make their own decisions as much as possible from an early age, which boosts their self-confidence. Children also learn to deal with disappointment and to express their emotions. In this way, CompaNanny increases their resilience, preparing them to be more confident grown-ups. Deborah: ‘The first years are incredibly important for a child’s development. We don’t just want to look after children, we also want to contribute to their development. Children are tomorrow’s future. Whatever we give them will stay with them for the rest of their lives. It’s something we mustn’t underestimate!’

All of CompaNanny’s employees must have done a pedagogy training programme, and the company even has a track of its own to continue training them. ‘There is a pedagogical coach who contributes to the Nannies’ quality of work; they can always seek assistance from this colleague, as of course can the parents. It could be about sleeping behaviour, or about stress-inducing factors such as a move,’ Deborah observes. She again emphasises the importance of rest and regularity, and points out the subtle colour schemes in the corridors and the ‘groups’. There are no children’s drawings crowding the wall, and careful thought has gone into the use of all of the toys and playground equipment.

Deborah first spent seven years at two branches in Amsterdam, and became the branch manager of the nursery at Schiphol-Centre in January 2019. Deborah: ‘In addition to the children of office workers, there are many children whose parents work rotating shifts, from security staff to aviation staff. That’s why we are open from 06:30 to 20:00.’

As Deborah had recently begun work at Schiphol and wanted to get to know the environment, she joined the Spot Schiphol Community. ‘I enjoy taking part in different activities, getting to know people from different companies and, of course, spreading the word about CompaNanny.’

She is interested in the sporting activities and intends to visit the food truck line-up. Speaking of food and getting to know people: CompaNanny will be organising breakfast sessions for Schiphol employees. ‘We’ll be telling and showing people what we stand for with the childcare and developmental activities we offer,’ Deborah explains. ‘I’m just very happy to be working here, and keen to be a part of the community.’